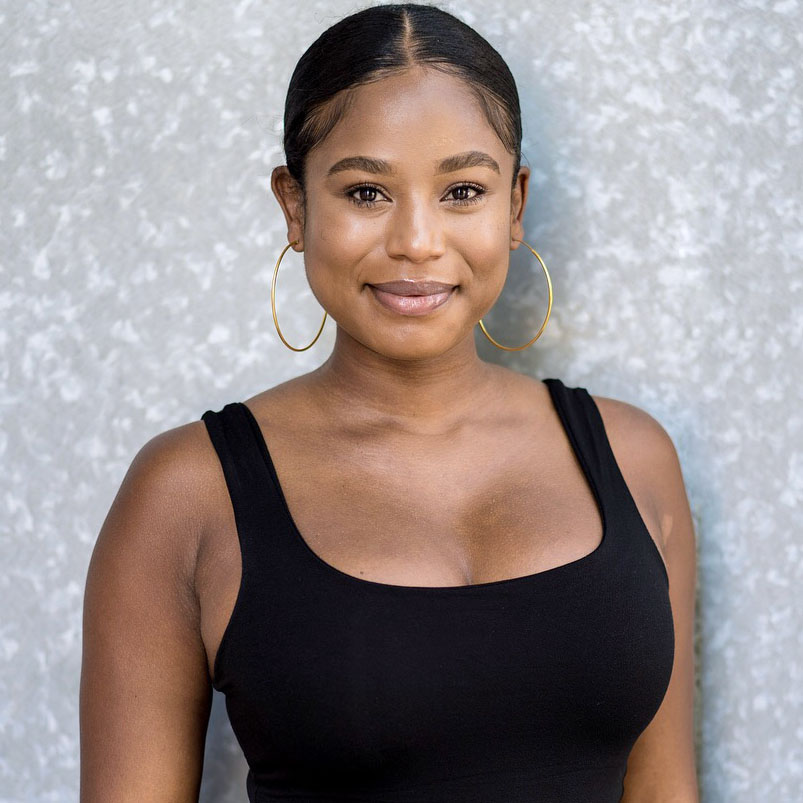 By the time Aarica Roberson ‘19 got to Loyola Law School, Los Angeles, she had already lived quite a varied life. Growing up in California’s Central Valley, she was interested in the law, but knew very few professionals. After completing college in Los Angeles, she took two years off, visiting more than a dozen countries in Asia, Europe and the Caribbean, and spent two summers as a legal intern in Toronto. “I gained so much more perspective,” she says, “the world is a lot bigger than me and my issues.”

For all her travels, and a deep sense that her role in life was “to disseminate important information into the world,” Roberson had still not entirely found her place. But she had a sense of homecoming when she visited Loyola and met the school’s director of admissions, Kelly Greer. “She made me feel like it was a warm place to be,” Roberson says.

An early meeting with the Black Law Students Association also showed her that the place had a family atmosphere. “Meeting people of color who I could relate to was really helpful, too,” she says. “Similar to many other students of color, I’m the first in my family to go to college and especially to get this far.”

Along the way, she has studied a wide range of subjects with a faculty she praises for its commitment to students success, and developed a number of interests without yet settling on any of them. She knows she wants to work at the intersection of the law and business.

She has one passion she admits, “I love, love, love intellectual property,” she considers copyright one of our society’s key protections, one often misunderstood.

Also, “I feel like social justice is an important undercurrent of pretty much every aspect of the law, including IP: You don’t want people getting ripped off.”

Overall, she says, “I would recommend Loyola to students who want to be in an inclusive environment, and who don’t want to deal with the horror stories of law school. I feel like just about anyone can fit in – there are so many types of people here.”