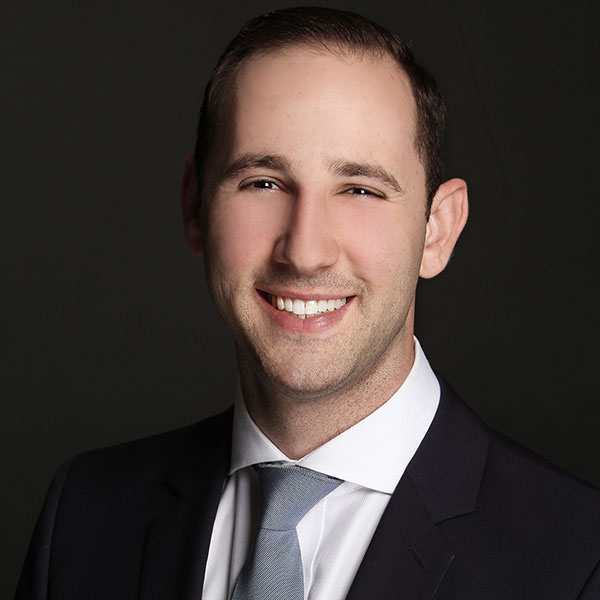 Things do not always go according to plan for Loyola Law School, Los Angeles JD student Matt Slater ’19. Slater is the managing partner at Synapse Capital, and he views this reality as a good thing. So it’s no surprise that displayed prominently on his website is the quote, “If you stick to the script, you can be assured of mediocrity.”

In the summer of 2014, Slater was at a crossroads: Take a risk and pursue his Bitcoin startup or enroll in law school? As it turned out, he did both – and he credits Loyola Law School, Los Angeles for bolstering his career with the right mix of law, technology and business knowledge.

Originally from Vancouver, Slater moved to the U.S. to pursue an undergraduate degree in business followed by a master’s in finance. “I fell in love with California and with the startup culture here,” he says. The culture rubbed off, and Slater founded Hedgy, one of the first companies to launch a smart contract hedging instrument in the Bitcoin market. He started it with just $15,000 in seed money and raised more than $1 million in capital from investors including Tim Draper and Marc Benioff.

“The big vision was whether we could replace third-party exchanges and trading venues with code,” Slater says, by relying on the blockchain and related innovations explained in Loyola classes such as Professor Jeffery Atik’s Smart Contracts & Financial Technology. “The issues in class mirrored the problems we encountered at Hedgy. How do you make a smart contract enforceable? What are the remedies if a smart contract has a mistake on it or funds are misused? So it brings up a lot of traditional legal concepts.”

Along the way, Slater received a crash-course in business formation, as well as the laws governing securities and other financial instruments. “I was learning about securities laws, custody, money transmission laws and how they interact with business,” he says.

“I kind of had my own legal education within the world of technology, and investing my time in the start-up really helped me see the value of attending law school,” Slater says. “For example, in my Securities Law class we are looking at stock and financing agreements. I raised money via the same documents, so I am familiar with a lot of the terms that we come across.”

Early on in his role as a law student, Slater’s notions of law school were shattered. “Going to law school you have this idea that the law is more black or white than it actually is – especially as an entrepreneur,” he says. “When you really start to learn the law, you understand that there isn’t always a black or white answer. I now see legal issues I would be missing, and this is invaluable in my business.”

Slater is putting his legal knowledge to work in his role at Synapse Capital, a venture capital firm investing in the same sorts of startups he founded. But he expects to stay close to his tech roots.

“I am still interested in technology and the cryptocurrency space, and new technologies such as artificial intelligence,” he says. “Having a legal education allows me to peek around the corner of where these technologies will end up because often the law already exists; it just hasn’t been applied to these new technologies.”

No matter what field he ultimately pursues, Slater plans to align it with his passion for law, technology and business. For now, Slater is keeping his employment options open. “There is a lot of value gained from practicing law, so I could see myself practicing in the securities law industry for at least a few years,” he says.

At Loyola, Slater has found that he is not alone in his tech curiosity. “There certainly is a strong community of students interested in the blockchain space, whether it’s from a tax or securities law perspective,” he says. “Classes such as blockchain law and AI Law, reflect Loyola’s commitment to keeping up with the rapidly evolving interaction between law and technology.”

Are you ready to use a JD degree from Loyola Law School to make a difference in your career? Learn more about our programs or apply now.