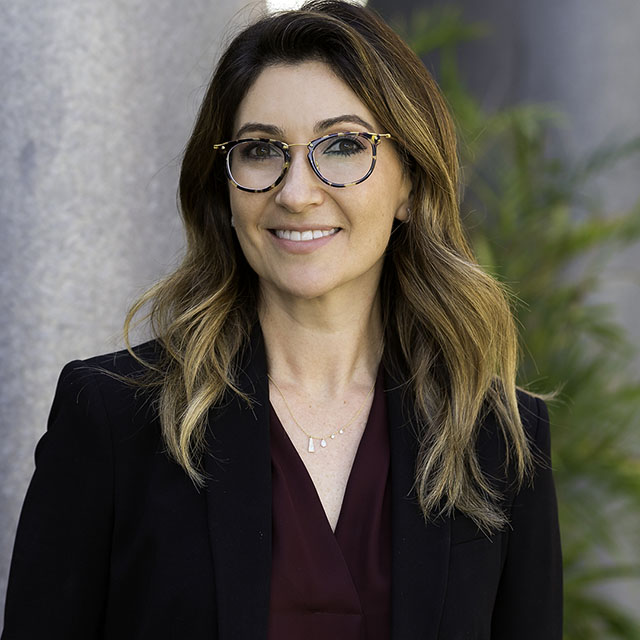 When Tracey Freed ‘05 was a student at Loyola Law School a decade and a half ago, Facebook was just born, the iPhone didn’t yet exist, and almost no one had uttered the phrase “digital media.” Today, Freed is one of the nation’s leaders in digital media law, as noted by her appearance on the Daily Journal's "Top Cyber/Artificial Intelligence Lawyers 2018" list, runs her own Venice-based firm, and teaches at her alma mater.

“Something I tell my students, who are so focused on planning out their entire careers, is to be open to the possibilities of what’s to come, of what does not exist. Otherwise you may close yourself off to incredible opportunities and to a career you couldn’t have dreamed up as a 2L.”

When the Internet took over everyone’s life, Freed quickly realized that the overlap of technology and entertainment was a fascinating and wide-open place. “I began working in the space during a time when mobile apps did not yet exist, which is almost unfathomable given their ubiquitous nature today.” The digital landscape changed so rapidly that there were times, she says, where even the people in charge were startled by the changes. “It was difficult to predict what new product or technology was next to change the landscape, and there was no legal or deal precedent. It was a cool, crazy time — a wild ride.”

After cutting her teeth at Irell & Manella, she worked as an attorney for Sony Pictures Entertainment and, in her current practice, her clients include several Silicon Valley and Silicon Beach startups. Along the way, Freed pitched Loyola on a unique class she created called Digital Media and the Law, which now, eight years later, she still teaches and updates every year.

Teaching has given Freed the ability to shift her perspective of the field from the micro to the macro, and in hindsight perceive her place in it. “My role was always to support and encourage innovation, to push things forward,” she says. “We were venturing down roads we’d never been down before.” But when paving new roads with the mavericks of the tech and digital world, she says, the role needs to also act as the thoughtful counterbalance to the consequences of speed and the one-track mind set inherent in such innovators.

“It’s up to us on the legal side to help innovators pause and think things through,” she says. “Aside from business risks and potential issues or liabilities for a company, what are the ramifications for our society, our culture?”

The next big turn in our lives, she says, which will require the law to scramble to catch up, is artificial intelligence. “It’s like the Industrial Revolution times 20; it’s going to change our lives in many profound ways. And it’s just around the corner.”

Are you ready to make a difference in the digital media arena?  Find out more about Loyola’s unique Entertainment or Cybersecurity concentrations, learn more about the application process or register for a campus tour.