Most recently, Dean Michael Waterstone hosted the conversation "Women Trailblazers" with special guest moderator Prof. Laurie Levenson, featuring alumnae Patricia Phillips ’67 (first woman elected president of the Los Angeles County Bar Association), Kathryn Doi Todd ’70 (first Asian-American woman appointed to the bench) and Maria D. Villa ’86 (first Hispanic attorney elected to the California State Bar Board of Governors). The conversation was so important and relevant to the community as 2020 is the 100-year anniversary of the passing of the 19th amendment; that the first time in Loyola's 100-year history, 60% of the entering class is women; and as a tribute to the passing of Justice Ginsberg. The panel discussed the advancement of equality, the strength to become a leader, and their advice for the next generation of women in the legal profession.

Sports & the Law: Game Changers On and Off the Court

The Dean's Distinguished Speaker Series installment "Sports & the Law: Game Changes On & Off the Court" took a ripped-from-the-headlines look at how the pandemic and social-justice movements have impacted athletics programs and athletes themselves -- from collegiate to professional.

Diversity on the Bench

A Conversation with Business Leaders 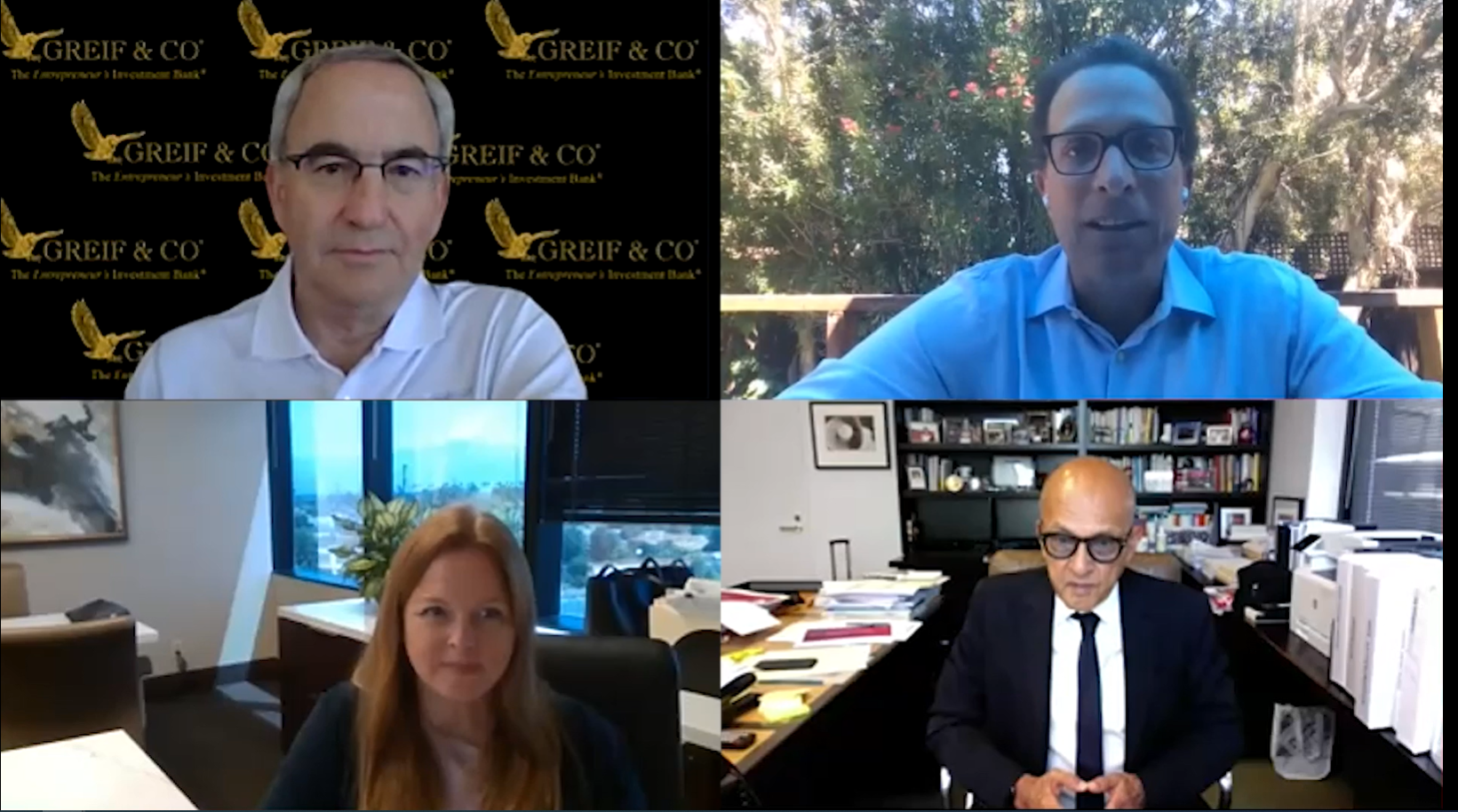 Impact of COVID-19 on Law & Business

Dean Michael Waterstone's Dean's Distinguished Speaker Series began with the Deans' Fireside Chat, a conversation with all living past LLS deans. “We continue to redefine who we are as a law school,” said Waterstone.

During the session that ranged a number of topics, Dean Waterstone served as moderator by asking key questions:

Q: Why did you want to become a dean?

Lower: Because somebody needed to do something. We had 1,300 students in the building next door that was built for 550. There was a great surge between 1960 or1968. People decided they wanted to be lawyers because there was a lot of interest in social justice and equality. Women were becoming very interested in law school. I put my name in.

Gold: David walked into my office and said, “The president of the university has asked me to become provost,” and he wanted me to be the dean. During the course of the next few months, it was apparent that we were in a terrible global recession. I thought, “I can do this; it will be a good thing for the school. So let’s see what the faculty and president want.”

Hayden: I was Victor’s associate dean. He has mentioned the crisis situation that we were in for years. Victor was the leader, and I was there for key meetings for two years.

Waterstone: Paul and I were associate deans together, so we kind of have that experience helping in that capacity working on the same team and that really was a true delight for me to work with Paul in that capacity. Institutionally it can’t be stressed enough we all been benefited from the relationships that Paul built during his year. I was so much the beneficiary of the relationships that Paul established. It made it much easier for me to come in and pick up where he left off but that really was a service that he claimed for the entire community.

Victor was the one who asked me to be an associate dean. I’ll always be grateful to Victor for doing that and having faith in me. I also had the real honor of sitting in the office next to Victor for a lot of years, and a lot of them were hard years. I saw someone serve without ego, and I saw someone wake up every morning and try to make the school better and judged himself every night by how he did that day. That was incredibly inspirational, so I’ve learned a lot from that as a person.

David is the one who helped guide that decision on the other end and believed in the law school, and really was there in a critical moment in life at the law school. And we all owe Fred for the space we are in.

I like being in service, and I like being pushed out of my comfort zone. I like experiencing new things. This job gives you all of that and more. But to get to do it in service of an institution you truly love is a great pleasure.

Q: Service is clearly a theme here in terms on why you wanted to become dean, and you mentioned the amount of challenges you faced. I want to bring us to a positive place. Can you talk about one of your meaningful interactions or something you had to do that made you feel good?

Gold: I was a professor here for 24 years before I became a dean; I thought I knew the law school. Certainly I knew me colleagues, my students and the staff. When I became the dean is when I really learned what Loyola Law School was. I got to work with the entire staff, and I got to work with and know the alumni. In addition to supporting the school, I’ve learned what these students who walk in these buildings do when they leave us, and it is amazing stuff.

Burcham: It’s a meaningful interaction with a student, but I didn’t know it was meaningful as it turned out to be. As professors, we don’t know frequently the impact we have on our students. It is very rare to hear much from them 10-20 years after they are gone. But there was one where a first-year student had plagiarized part of a writing assignment. He appealed his year suspension to me, and it was an unpleasant meeting. This would’ve been in the year 2001 or 2002. A year or two ago, I got a single-spaced essay saying how that was the most meaningful event that had happened in his law school career. We have no idea what effect our words and actions have on our students and staff and faulty.

Waterstone: You get to see some beautiful moments that other people don’t get to see. The staff member who will cover for somebody else because they are going through something, a faculty member who volunteers to do extra when somebody is sick, the way the students have each other’s backs. And you get to see these amazing things. Just to answer the question: For me, it was a client of one of the clinics. I was in my office, and the folks of the Project for the Innocent came in. I got to meet Mr. Andrew Wilson, who had been in prison for 32 years for a crime that he didn’t commit. He was the happiest, upbeat human being that I’ve ever met in my life. This team of student lawyers surrounded him. That was a good day, and that will stick with me for the rest of my life.

Burcham: I would like Loyola to really emphasize and to capitalize on a positive environment with committed and gifted teachers and motivated students who have a love for learning for the purpose of helping others solve problems. And that is what lawyers do: problem solve.

Gold: Well I think we are all pretty much in an agreement but I would want Loyola to be true to itself. That means public service, and it means training people well.

Waterstone: I think whatever the future brings, our place in that future include keeping our core and our values: social justice, teaching, empathy. And the world as I see it needs more of those things not less of those things.