Panel #2 (+ call to action): Conquering Stigma: Representations of Disability in Media and Entertainment

Judith (Judy) Heumann is a lifelong advocate for the rights of disabled people. She contracted polio in 1949 in Brooklyn, NY and began to experience discrimination at 5 years old when she was denied the right to attend school because she was a "fire hazard." Her parents played a strong role in fighting for her rights as a child. Judy determined that she, working in collaboration with other disabled people, had to play an increasing advocacy role as she and others experienced continuous discrimination because of their disabilities. She is now an internationally recognized leader in the disability rights community and a lifelong civil rights advocate. As a Senior Fellow at the Ford Foundation, she is currently working to help advance the inclusion of disability in the Foundation's work and is leading a project to advance the inclusion of disabled people in the media.

From June 2002- 2006, Judy served as the World Bank's first Adviser on Disability and Development. In this position, she led the World Bank's disability work to expand the Bank's knowledge and capability to work with governments and civil society on including disability in the global conversation.

From 1993 to 2001, Judy served in the Clinton Administration as the Assistant Secretary for the Office of Special Education and Rehabilitative Services in the Department of Education. She was also

responsible for the implementation of legislation at the national level for programs in special education, disability research, vocational rehabilitation and independent living, serving more than 8 million youth and adults with disabilities.

Over the course of her life, Judy has been involved on the national and international front working with disabled people's organizations and governments in the US and around the world to advance the human rights of disabled people. She has traveled using her motorized wheelchair to countries on every continent, in urban and rural communities. She has played a role in the development and implementation of major legislation including the IDEA, Section 504, the Americans with Disability Act and the Convention on the Rights of Persons with Disabilities.

She has been featured in numerous documentaries on the history of the Disability Rights Movement and recently her story was told on Comedy Central's Drunk History, in which she was portrayed by Ali Stroker, the first disabled woman to play on Broadway.

Judy's goal in life is to continue to advance the rights and empowerment of ALL disabled people around the world. 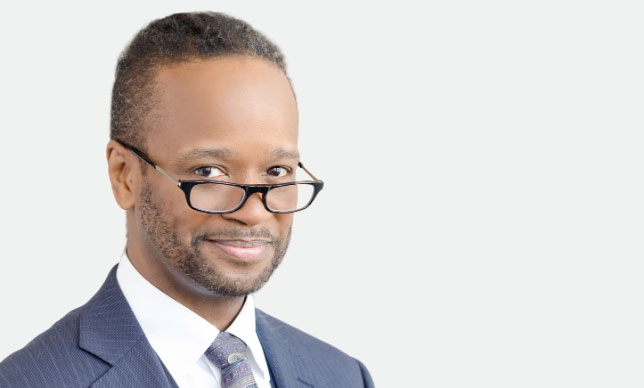 Jd Michaels serves a dual role at BBDO New York; as EVP Director of Creative Engineering, he extends BBDO's creative ideas with new technologies, traditional craft, and partnerships with innovators in science, art, and theatre. As EVP Director of Diversity, Jd works to embolden agency identity, engage in community outreach, and service client priorities regarding culture and inclusion. Together they have focused BBDO's definition of diversity toward the dignity of each individual, harmonizing their wide range of passions, choices, and experiences.

After hours, Jd is learning to play the banjo and mandolin, to the delight (and the sometimes-not-so-much delight) of his wife and daughter.

Angela Rockwood is a powerhouse, POSITIVITY influencer who is a #RollingEmpire and has been in the entertainment industry for over 25 years. She was born in Clovis, N.M., and experienced the world as the child of a career military man before modeling at 17. In 2001 she was launching an acting career, with small roles in The Fast and the Furious and the TV series V.I.P. before turmoil struck one week before 9/11 on Sept. 3, 2001. Angela was involved in a horrific car accident that paralyzed her from the neck down rendering her a C4 C5 quadriplegic. She felt her paralysis was for a reason, that she had a mission to fulfill.

She instantly picked up her life, focused on her vision and never looked back. Angela is a model, actress, TV producer, TV host, an Ambassador for the Reeve Foundation, a board member for Global Mobility, a speaker, manifestation life coach, disability advocate, innovator and entrepreneur. She serves as a spokesmodel for Ti-Lite Wheelchairs, Spinergy and worked as a model for Target, Nordstrom and Toyota. Angela energized her acting career by landing in three national commercials, AARP, Mabelline, and Sony. Angela's in CinemAbility, a film directed by Jenni Gold, which includes Ben Affleck, Jaime Foxx, and Jane Seymour. She has been on Larry King Live, and in People Magazine sharing her journey. With her ultimate mission of pushing boundaries, she created, produced and stars in the Sundance Channel's, "Critic's Choice Awards", Best Reality series Push Girls. She shared her message on Ellen, Jeff Probst, Marie Osmond, Access Hollywood, Inside Edition, Good Day LA, Extra, Huffington Post Live, Kcal 9, Katie Couric, Good Morning America, and a return segment on Entertainment Tonight. She even appeared at The White House! Angela is diligent of creating a shift and breaking stereotypes all over. She is passionately relentless in manifesting change and implementing ideas through her classes teaching 'Manifestation' at the Joey Travolta Theatre and one on one. As a speaker, she has successfully spoken about 'Pushing the Limits' for Rancho Los Amigos, L.A. Rescue Mission, Edwards Air Force Base, Miss Global, Next Home and to 4,000 Paul Mitchell students in Las Vegas to name a few. She was chosen by Brig Gen Michael Brewer of the 412th Test Wing Commander to be the 2015 & 2016 Honorary Commander for Edwards Air Force Base after speaking about Resilience. Angela has returned to modeling to prove "Beauty comes in ALL shapes, sizes, color, age & in EVERY vessel." She is currently filming Pen Pals, directed by Marem Hassler playing the lead Otilia who is a bisexual sex therapist. Tune in to World Poker Tour on Fox Sports Networks to see Angela interviewing and diving into the soul of champion poker players.

Deep within Angela's soul she carries this mantra daily: "Life is a gift and what we do with our life is our gift back to the world, to others, and to ourselves."

As an independent casting director April enjoys working on an eclectic mix of film, television and theater projects that challenge and inspire her. In the film world April has worked on the following projects: Star Wars, Star Trek beyond', 'The Patriot' among others Stephen King's 11/22/63 for HULU and BAD ROBOT.

Most currently April has cast series for Netflix and Amazon including Tom Clancy's Jack Ryan, Altered Carbon, Umbrella Academy and Colony for USA.

April has received two MEDIA ACCESS AWARDS for casting, the first DRAMALOGUE award for her casting work on Ezra Pound's 'Elektra' and received an ARTIOS award for the pilot casting of 'C.S.I., LOST" and the film STAR TREK.

She is also the recipient of the HOYT BOWERS award for Excellence in Casting and an Emmy for the casting of the series "LOST."

April serves on Diversity and Inclusion in Casting Committee of the Casting Society of America.

2011, he won his own travel show Rollin' With Zach on the Oprah Winfrey Network, and went on to create & host the shows Have A Little Faith & Earth Your While for Rainn Wilson's media company SoulPancake. He also self-released the Google & Reddit backed series Riding Shotgun and the popular Workout Wednesdays on his own YouTube channel.

Zach's work combines warmth, authenticity, irreverence, and infectious optimism to create "meaningful silliness" – humorous content that delivers substantive messages with the laughs. His ability to connect with audiences and knack for creating viral content has garnered his videos over a hundred million views across social media platforms and helped change the conversation around disability. He is an ambassador for the Cerebral Palsy Foundation and has worked with United Cerebral Palsy's Wheels for Humanity program to distribute wheelchairs to disadvantaged communities in Nicaragua.

Zach's candid and hilarious memoir, If At Birth You Don't Succeed, was published in 2016 to rave reviews. In 2017 he was invited to guest star opposite Minnie Driver on an episode of "Speechless" – a comedic sitcom about a special needs family. ABC hired him as a full-time writer for Season 2.

A native of Buffalo, NY, Zach now lives in Los Angeles and spends most of his spare time in his underwear, thinking about how he can change the world.