Panel #1: Disabled Makers and Inventors: Agency in the Advancement of Disability Rights in Technology

Joyce A. Bender is the founder and CEO of Bender Consulting Services, Inc., a national leader in advancing employment of people with disabilities, including veterans with disabilities. Bender provides disability employment expertise in the areas of recruitment, workplace mentoring, strategic planning, training, and digital accessibility to drive innovation and realize business value for customers.

In 1985, Joyce had a life-threatening accident due to epilepsy that caused a cerebral hemorrhage requiring subsequent brain surgery.  Against all odds, Joyce recovered from this accident that left her with a 70 percent hearing loss in one ear and a realization that she had epilepsy.  As a result of her personal experience, she developed a passion for helping people with disabilities and founded Bender Consulting Services, Inc. in 1995.

Joyce is the current vice chair and former chair of the board of the American Association of People with Disabilities (AAPD).  She also previously chaired the national Epilepsy Foundation board.  Joyce is a member of the board of the Epilepsy Association of Western and Central PA, Variety the Children’s Charity of Pittsburgh, Disability Rights Pennsylvania, and the Pittsburgh Civic Light Opera. Additionally, Joyce is on the Board of Advisors for the Homeless Children’s Education Fund, a President’s Advisory Council member of Carlow University, and a member of the National Advisory Group of the National Technical Institute for the Deaf.  Joyce is also a member of the medical and academic advisory board for RapidSOS.

Awards received by Joyce Bender include the following:

Joyce has served as a disability employment expert for the U.S. State Department in Japan, South Korea, Indonesia, Panama and Kazakhstan and has been featured in periodicals including Reader's Digest, New York Times, Investor’s Business Daily, Pittsburgh Post-Gazette, and Chicago Tribune.  She holds a bachelor of science degree in psychology from Geneva College, and hosts the radio show, Disability Matters with Joyce Bender on www.voiceamerica.com. 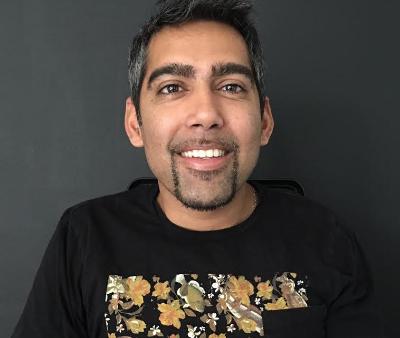 Jason DaSilva is an Emmy Award winning filmmaker and advocate for the disabled community, and founder of AXSLab. Director Jason DaSilva’s prolific film career spans two decades. He has completed 4 short films and three feature films, and is a frequent writer for the NY Times. The common thread that unifies Jason’s work is the desire to give voice to those on the periphery of society.  DaSilva’s best known for “When I Walk”, which chronicles his life over 7 years as he faces the devastating and degenerative effects Primary Progressive Multiple Sclerosis.  DaSilva’s “When I Walk” went on to win an Emmy Award for Documentary Long Form in 2015.  Since 2013, DaSilva has been writing and producing Op-Doc (opinion documentary) segments for the  NYTimes. ‘The Long Wait,’ published in January 2013, sheds light on the transit accessibility challenges in NYC. His most recent Op-Doc for the NYTimes, “The Disability Trap”, further reveals the challenges people with disabilities encounter with medical care and coverage when crossing state lines.  “The Disability Trap” is part of DaSilva's new feature film, “When We Walk”, which chronicles DaSilva’s struggles to retain his legal right to parent, as he faces mounting challenges for appropriate medical care and coverage in various states. 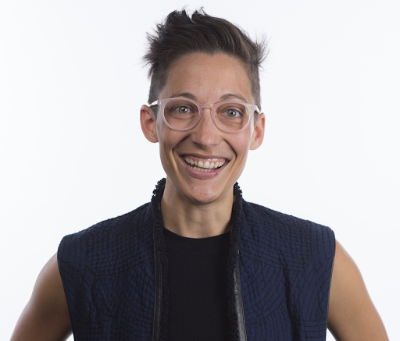 Jamal Mazrui works as a quality assurance engineer for Amazon, focusing on the usability of Kindle reading apps and authoring tools. Born in Uganda, Jamal has also lived in England, and became a citizen in the U.S.  He has a Bachelor's degree from Princeton University and a Master's degree in public policy from Harvard University.  Before Amazon, he worked as a computer programmer for Advocate Development Corporation; as a database administrator for Harvard University; as a legislative analyst for the National Council on Disability; and over a period with multiple roles, as a policy researcher, event organizer, and new media specialist for the Federal Communications Commission.

Jamal has been both a participant and a leader in community groups for self help and social change.  He volunteered as the founding director of the Visually Impaired and Blind User Group of the Boston Computer Society.  He has received the Leadership award from the Bay State Council of the Blind and the Sir Francis Joseph Campbell Award from the American Library Association.  He led an advisory group on technology issues for a presidential campaign.  Jamal has authored articles published in the Braille Forum and in Access World.  A website offering open source software developed by Jamal is located at the following address: http://GitHub.com/JamalMazrui

At age nine, Kaitlyn Yang emigrated to the U.S. from China and was diagnosed with spinal muscular atrophy, which leaves her wheelchair-bound. She is a graduate of University of Southern California School of Cinematic Arts, and is a recipient of the 2018 Forbes 30 Under 30 for Hollywood/Entertainment.

With over 10 years of experience in visual effects, she overseas Alpha Studios, a post production company she founded in 2013. Prior to starting Alpha, Yang worked as a freelance visual effects artist on shows include Robot Chicken, Falling Skies, and The Walking Dead. She is a member of the Academy of Television Arts & Sciences, USC Young Alumni Council, and the Visual Effects Society.

Yang is an advocate for minority and disability inclusion in Hollywood. Her talks have been covered by Variety, Emmy Magazine, and Women in Animation.