With the help of law Student Rebeca Gonzalez, LIJC Client Veronica recently received approval for her Violence Against Women Act (VAWA) Self-Petition and can consequently remain and work in the US without fear of deportation.

In the Nick of Time for LIJC Child Client

A vital step towards obtaining Special Immigrant Juvenile Status (SIJS) for an undocumented minor—which leads to becoming a lawful permanent resident—is proving in state court that the minor’s reunification with a parent is not viable due to abuse, neglect or abandonment. That’s exactly what LIJC students Thomas Tai ’21 and Leila Duntley ’21 in partnership with Adjunct Professor Gina Amato Lough prepared for months to accomplish for client RJ 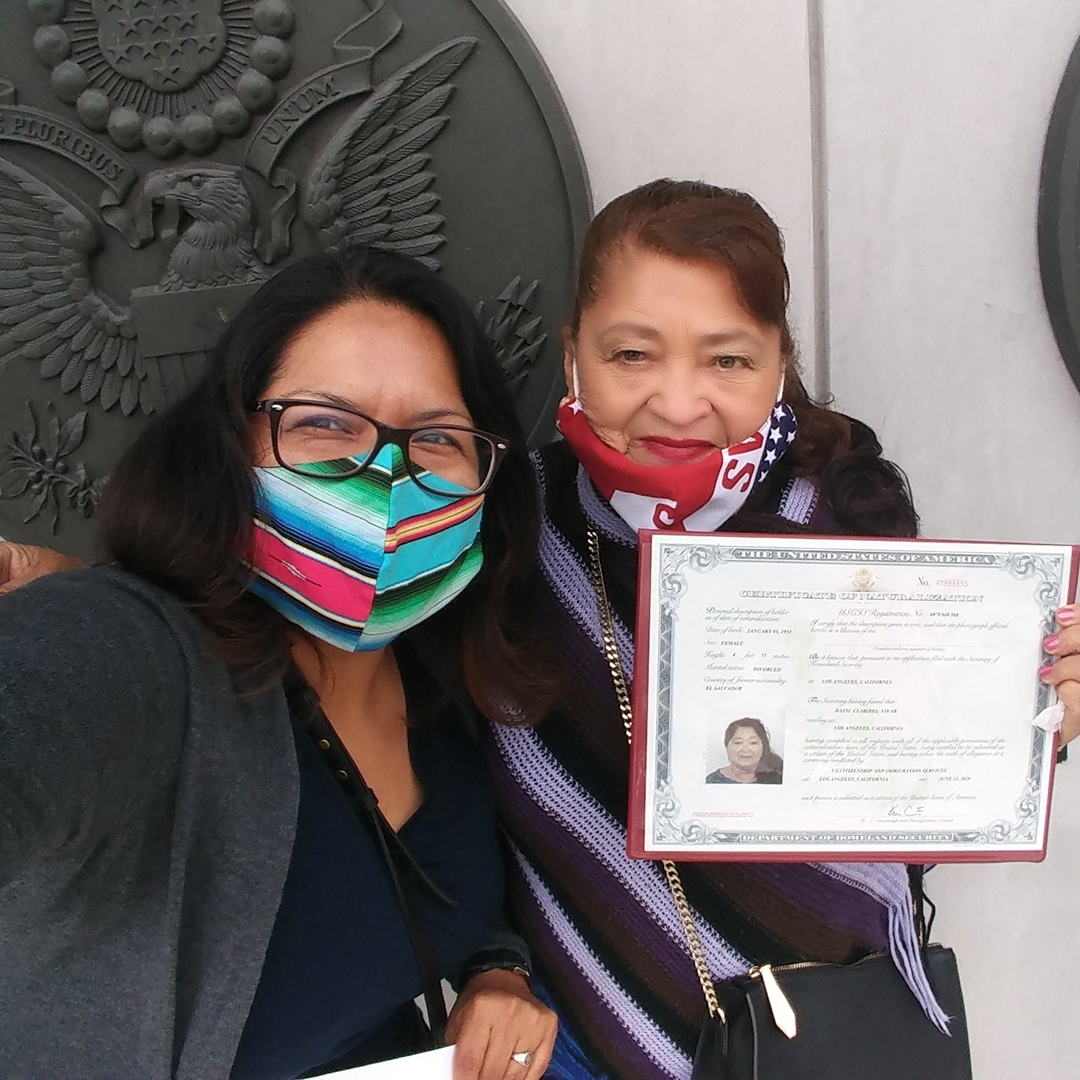 Daysi Vivar has been a beloved member of the Dolores Mission Church community for more than three decades. She makes a living as a street vendor outside of the church gates, where she sells an assortment of snacks and drinks. Daysi was a Lawful Permanent Resident for the last 15 years and decided to apply for naturalization because she wants to vote in the 2020 presidential election. After a successful interview right before the stay-at-home order in March, Daysi, like many, waited for the process to pick back up so she could participate in the oath ceremony and receive her naturalization certificate.

Duñia, who was born in Honduras, entered the United States as a toddler along with her older sisters. Her first memory of the United States was “dancing on top of tables for men.” From the ages of 3-16, Duñia was sold by her mother and was physically forced to engage in sex work. Over the last four years, Duñia has worked closely with a number of LIJC students, including Erika Uribe ’17, who filed and won her T visa application, and Michelle Polanco ’19, who zealously advocated to have Duñia’s removal proceedings terminated and secured her legal permanent residency.  Read her story, and another T Visa victory. The LIJC is the only law school-housed community-based immigration clinic in the United States.

The Loyola Immigrant Justice Clinic (LIJC) has always worked long hours fulfilling its mission to “advance the rights of the indigent immigrant population in East Los Angeles through direct legal services, education and community empowerment, while teaching law students effective immigrants’ rights lawyering skills in a real world setting.”  In the aftermath of the presidential election of 2016, the clinic’s workload tripled.  The clinic’s mission has become ever more urgent during the last four years.