Alejandro Barajas is a Staff Attorney at the Loyola Immigrant Justice Clinic, where he provides legal representation to clients seeking affirmative forms of immigration relief and defense in removal proceedings. He received his J.D. from LMU Loyola Law School 2015. He was awarded with the Loyola Post-Graduate Public Interest Fellowship to build LIJC’s collaboration with and outreach to health and education organizations. Through this fellowship, Alejandro expanded LIJC’s legal services in the areas of DACA and naturalization to hundreds of indigent immigrants on the eastside of Los Angeles. While at LIJC, Alejandro also supervises law students engaged in community-based advocacy work as well as students representing immigrants at the border as part of Loyola Immigration Law and The Border Practicum in El Paso, Texas.

Daisy Chávez-Mendez is a licensed paralegal and clinical case coordinator for the Loyola Immigrant Justice Clinic. Previously, Daisy served as a paralegal at Public Counsel, where she worked on the immigration docket. Daisy joined LIJC in 2017, bringing her professional work closer to the eastside community of Boyle Heights where she grew up and still lives and where she served as the president of the Boyle Heights Neighborhood Council and currently serves as a Democratic delegate for District 53. Daisy graduated with a dual B.A. in Political Science and Comparative Literature from UC Irvine.

Sandra Hernandez is a Staff Attorney at the Loyola immigrant Justice Clinic where she provides legal representation to clients seeking affirmative forms of immigration relief and defense in removal proceedings. Sandra also assists in the supervision of law students including students enrolled in the U.S.-Mexico bi-national course, which in part takes place in Guadalajara, Mexico, where LIJC provides consultations to migrants in transit and those recently repatriated. Additionally, Sandra sits on the board of East Los Angeles College’s Pathways to Law School program, where she personally encourages and educates students about the law school admissions process and careers in the legal field. Prior to joining LIJC, Sandra worked as a Business Immigration Associate at the Law Offices of Michael Felix. Sandra earned her J.D. from Loyola Law School in 2015 and her B.A. from UC Santa Barbara in 2011. 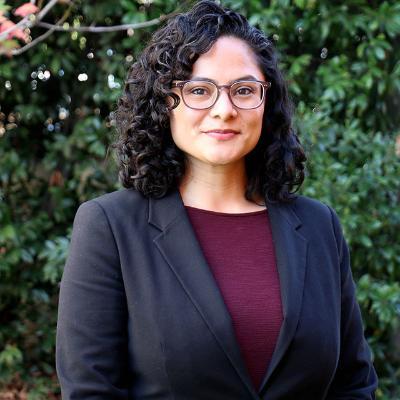 Yanira Lemus is Director of Community Legal Services and a supervising attorney at the Loyola Immigrant Justice Clinic. Yanira provides direct legal representation to clients seeking affirmative forms of immigration relief and defense in removal proceedings. She also supervises LIJC’s staff attorneys and support staff, manages grant applications and grant reporting requirements, and serves as a committee member on Loyola Marymount University’s Undocumented Student Advisory Committee. Yanira assists in the supervision and training of clinical law students engaged in community-based advocacy work. Prior to joining LIJC, Yanira was a staff attorney at Public Counsel Law Center and at Immigrant Defenders Law Center where she provided legal representation for DACA applicants and Unaccompanied Children in removal proceedings, respectively. Yanira received her J.D. from Loyola Law School in 2014 and her B.A. in Psychology from UCLA in 2004.

Gina Amato is an experienced public interest attorney who specializes in serving society’s most underrepresented communities. Ms. Amato is an Adjunct Professor in the Loyola Immigrant Justice Clinic (LIJC), where she co-teaches a law school clinical course on the practice of humanitarian immigration law. She mentors and supervises clinic students on their casework and helps to prepare them for a fulfilling career in public interest law.

Ms. Amato also works as a Supervising Senior Staff Attorney in the Immigrants’ Rights Project at Public Counsel, the largest pro bono public interest law firm in the nation. In this capacity, she manages a program that assists survivors of domestic violence, sexual assault, human trafficking, and other serious crimes in obtaining lawful status in the United States.

She has been active in several community organizations, including serving on the Board of Directors for the Coalition for Humane Immigrant Rights of Los Angeles (CHIRLA) and the Legal Advisory Board of the Jenesse Center Domestic Violence Intervention Program. Prior to joining Public Counsel in 2008, she represented clients in civil rights, human rights, employment, and unlawful detainer matters.

Ms. Amato, the daughter of a Mexican immigrant mother and Sicilian American father, is passionate about protecting the rights of immigrants, women, and other underserved communities. In her free time, she loves to dance, create art, and spend time with her family.